Note: There has been a new announcment made on 16th November 2012 affecting the STC multiplier that brings forward the end of the multiplier by six months.

Exceptions: The only exception is if a contract for the supply of a solar PV system was entered into before 16th November 2012.

What is a REC? what is an STC?

All major wholesalers, retailers and generators of electricity are required by law to purchase certain minimum amounts of RECs per annum (from 2011 onwards, these will be STCs for small-scale systems and LGCs for large-scale generation systems). Each MW of installed renewable energy represents one certificate. A 1kW system, working an average of 3.5 sun-hours a day in Melbourne, would generate the equivalent of 17 certificates for a period of 15 years. Note in actual fact, sun-hours closer to 3.6 are realised.

This formula varies from state to state due to the different levels of average sunlight that each state receives. Consequently, NSW receives more STCs than Victoria which, in turn receives more than Tasmania.

A multiplier of 2 – 5 used to be offered for the first 1.5kW of system. However due to the continued reduction in system prices, this multiplier has been phased out. Consequently, there is no longer a multiplier.

Prior to 1st Jan 2011, RECs had been bought and sold in a REC Market at prices determined by supply and demand.

From 1st Jan 2011, RECs (or STCs as small-scale systems’ certificates will henceforth be known) can be sold either through a Clearing House, at a sum of $40 (a figure, which the Minister of Energy can change) subject to queuing up and waiting your turn – a process that can take a considerable period of time, or through the STC Market, which operates very much like the old REC Market – demand and supply. Prices in this market are expected to be significantly lower than the $40 mark and vary from time to time.

We recommend you contact us for up-to-date information on certificate pricing and market conditions.

Given the volatile nature of the STC market, Solar Batteries Online will not be held responsible for any losses incurred on the basis of information presented here.

Our installers are registered STC agents and are able to handle all the paperwork relating to the generation and claim of your STCs.

There have been a number of changes to the FiT programs running in Australia.

In some states, such as Victoria, the Feed-in Tariff (FIT) is based on the net amount of power sold back onto the grid. In other states the scheme is based on the gross power generated.

Prices paid by retailers for such power varies from state to state and within the state from retailer to retailer.

In Victoria the current minimum FiT is 8c / kWh. It is important you confirm the details with your retailer before entering into a contract with your PV supplier.

If you have any doubts, contact us for advice on the latest regulations. Update: with effect from 1st Oct 2012, no further applications are being accepted for the transitional feed-in tariff in Victoria (TFIT)

Grants are offered for community and school projects. These vary from $50,000 – $100,000 and are usually based on an annual application process.

CTIP Grant Funding: In addition the Australian Government is offering grant support through Ausindustry. The funding covers the funding of energy-efficiency programs and is targetted towards manufacturers, food and foundries’ industries. Update: This program is now being reviewed and no further applications will be accepted by AusIndustry. 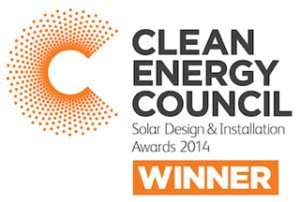